Don’t Bring Your iPad into the Jungle! – And Other Strange and Downright Dangerous Things I’ve Seen Tourists Do 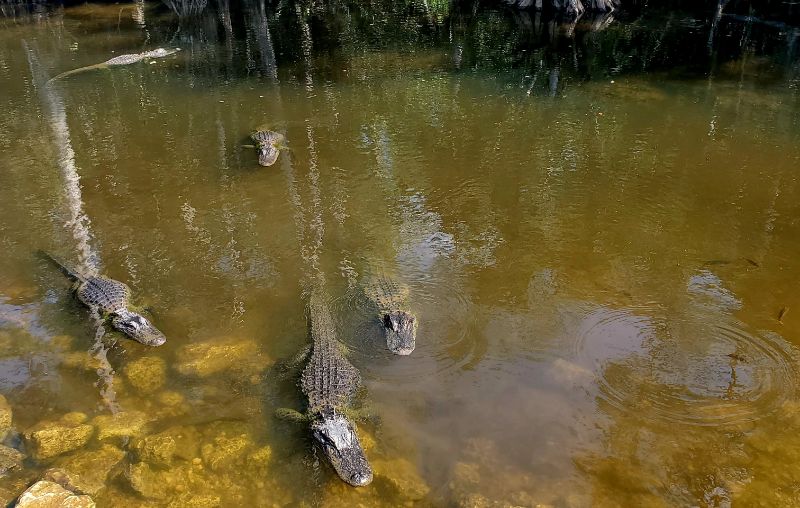 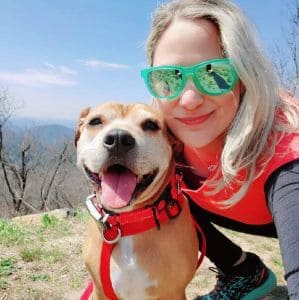 Based in Florida, but I'm always plotting out a new road trip route with my partner-in-crime, Pickles. Pickles is a mixed-breed rescue dog that loves hiking, road trips, and Starbucks as much as I do!

“Tourist gored by Bison at Yellowstone” or “Tourist falls trying to take a selfie”–we’ve all seen these terrible headlines! It happens far too often. We get out into nature and forget how dangerous it can be.

Too many people treat National Parks like they are a theme park. While the landscapes may seem almost too beautiful to be real, the colorful canyons of the southwest were not curated by Disney and the wildlife is not animatronic. The Costa Rican Jungle is a real Jungle, not a ride! It’s full of incredible adventure nonetheless, but also snakes, sooo many snakes!

Let’s take a look at some ways to stay safe out there while traversing this amazing planet. While the “Do’s” are pretty important, it’s often the “Don’ts” that make all the difference. At best, you may lose something important or expensive, at worst you could lose your life!

Leave the Fancy Electronics at Home!

Now some of you reading this right now with your special waterproof, shockproof gear made for action photography are probably shaking your head, but don’t worry–I’m not talking to you! Keep on keeping on with your awesome adventure gear!

Don’t bring your iPad into the jungle!

No, this is for the people that insist on bringing a full-sized iPad (with no cover of course) into the jungle. Then proceed to hold up an entire tour several times while they fumbled with it and I kid you not–complained “why is everything so wet”. Yes, this is a true story! Mind you we were trekking through the Parque Nacional Volcán Arenal which is part of a Costa Rican Rainforest.

After slipping out of their hands at least a dozen times onto the dense jungle floor the tour guide politely offered to carry the iPad in his backpack so they wouldn’t ruin it. They rebuffed his kind offer and this charade went on for the rest of the hours-long tour.

Moral of the story–leave the iPad at home, or at least get an adventure case for it!

This one should really go without saying but again, those headlines every year–“tourist gets_____by_____at______”. Insert your favorite verb, animal, and National Park, there’s likely a matching headline. It’s an unfortunate game of mad libs at this point.

“Sir, please don’t! That’s a venomous snake!” I heard the tour guide yell. As I turned around I saw a man with a Go-Pro on an extension pole about 3 feet above his head into a tree. Dangling from one of the branches was the most interesting-looking snake I had ever seen. It was bright yellow with apparent “eyelashes”. The guide explained this was an eyelash palm pit viper, it was highly venomous and the gentleman with the Go-Pro was within striking distance. Had he continued to agitate this snake he was looking at a very bad day.

The guide then went on–“well I guess this is a good time to start our safety talk”. See the sad thing was, we hadn’t even officially entered the jungle yet. We just arrived and had barely been out of the van for a minute. I didn’t think much could top that iPad couple from the day prior but here we were. Still in the parking lot, hadn’t even started the tour yet and someone is doing something incredibly stupid!

Thankfully nothing happened and we all got to admire the snake from afar. I was able to safely get a close-up with my zoom lens and the memory of that cool Costa Rican parking lot snake will live on in my brain forever.

A few years later I was reminded of that snake when I watched another person do something questionable involving a go-pro and another reptile. This time we were driving a dirt road deep in Big Cypress National Preserve, a part of the Florida Everglades. Every so often you’ll come across a scenic lookout point over some water. That water is usually teeming with alligators which most everyone assumes is a “look but don’t touch” type of situation.

As we came across one of these lookout points we saw that there were no visible gators at the moment. There was however, a gentleman holding a Go-Pro on a pole, under the water, while he furiously slapped the surface with his other hand to–and I quote–“call the gators”.

Thankfully none answered but if you know anything about these ambush predators you’ll keep yourself and all your extremities far away from the water’s edge. Unless you want to find out what a death roll is!

Warning Signs Are There for a Reason Folks!

While we can’t control every aspect of our time in nature, we can try to make the safest choices like following safety recommendations, staying on marked trails, and checking the weather before we go. Most importantly, we should always heed posted warnings!

A Crowded Climb at Angels Landing

A few years ago my husband and I visited Zion National Park, known for its famous Angel’s Landing. This 5.4-mile hike up a 1,488-foot sheer rock wall was a big bucket list hike and although it was scary, we were ready to go! I even watched YouTube videos to prepare myself for how I would handle the chains section. That’s the last quarter mile with extremely steep narrow pathways and nothing but chains between you and a 1,488-foot drop.

While I had told myself I’d go slow and be very careful, I hadn’t given any thought to the other people that might be up there.  After a grueling uphill hike to the last point before the chains start, we stopped to rest and get ourselves ready for the next ascent. We saw a sign stating how dangerous this portion of the climb is and a running tally of how many have fallen to their death there. That’s when I looked up and saw all the people. They looked like ants crawling all over each other up the side of a massive rock wall. They were pushing and shoving and backpacks were getting entangled in the chains. People going up were giving no leeway to those coming down and vice versa.

Although there were signs stating only one person at a time on the chains, we watched groups of 2 and 3 moving through with all the impatience my dog displays if her dinner is late. We started seeing other people turn around after attempting to go up the chains. One couple we met on the trail earlier and were friendly with passed us after their attempt and said “it’s way too crowded up there”. My husband and I both looked at each other with the same look of concern and disappointment.

As we headed back down, we talked about how one day we’ll come back and get to the park first thing in the morning to beat the crowds. The park has since instituted a permit system to deal with overcrowding on Angel’s Landing so now we just hope to be able to snag one whenever we go back!

The parking lot of Reynisfjara Beach is full of warning signs–“Hætta! Danger! Deadly Sneaker Waves!” Although I had no plans to go anywhere near the surf anyway–it was absolutely freezing! I had no idea just how powerful these waves actually were and how many people completely ignore those warnings. Several people have sadly died at Reynisfjara Beach which is now known as the most dangerous beach in Iceland.

While I thankfully didn’t witness anyone get swept up in sneaker waves that day, I did see plenty of tourists toe the line and end up with wet shoes. Reynisfjara Beach is another perfect example of why we should follow warning signs.

Don’t Risk Your Life For a Photo!

Almost everywhere I’ve ever been on my travels that had a cliff I’ve seen someone dangle themselves off it for a photo. Sadly, there have been many fatal falls from tourists posing for photos in dangerous places. We often underestimate how quickly the wind can change or how unstable some of those ledges can be. Please, please don’t risk your life for a photo!

Horseshoe Bend and why we can’t have nice things…

For many years, Horseshoe Bend was considered a hidden gem. Only locals knew about it, it had no formal parking lot, and it was mostly a quick scenic stop for visitors passing through the Grand Canyon area.

Fast forward to the age of social media and Horseshoe Bend has exploded in popularity. Once photos of its spectacular landscapes started circulating it quickly became one of the most visited places in Arizona.

With the rise in popularity also came an unfortunate side effect–falls! Several people have fallen to their death at Horseshoe Bend and sadly, I’m not surprised. When I visited a few years ago I saw dozens of people doing very dangerous things for photos. Dangling their legs over the cliff, doing yoga poses and headstands on very rocky ledges, and standing waaay too close to the edge. It was also very windy at the time and I remember thinking, one gust and it’s all over–and for what–a selfie? It’s not worth it!

Safety railing was recently installed around the rim of Horseshoe Bend and other measures have been taken to limit access. While I’m happy I got to see it before this I am glad it was done. Even though I’ve read accounts of people now climbing over the safety rails hopefully it will still prevent some tragedies.
Horseshoe Bend feels like some sort of failed social experiment. I can’t help but wonder if other natural treasures will end up with barriers and limitations due to the dare I say–stupidity, of some of our fellow humans. Will we end up with sanitized, bubble-wrapped versions of places like Horseshoe Bend or Angels Landing because people can’t follow simple rules? I hope that one day we’ll learn to respect and appreciate the natural world around us and work to preserve it instead of trampling it in the name of “doin it for the ‘gram”.